“Pacific Islands Leaders Meeting and Governors” Meeting of the Officials 2019 was held in Kochi Prefecture.

On Tuesday, June 4, 2019, Pacific Islands Leaders Meeting and Governors’ Meeting of the Officials 2019 (PALM & G) was held in Kochi Prefecture attended by about 40 people including Ambassadors from Federated States of Micronesia, Kingdom of Tonga and Republic of Palau, Representatives from 10 prefectures of Japan, Ministry of Foreign Affairs of Japan, Headquarters for the Promotion of the Tokyo Olympic and Paralympic Games, JICA and PIC. The meeting drew a consensus to encourage and expand human exchange in various fields.
As Japan will host world’s big sporting events; Rugby World Cup 2019 and Tokyo 2020 Olympic and Paralympic Games, some of the local government has started having a contact with each country as a prior camping area. In the meantime, there is a quote by the participants that long-lasting human exchange, establishment of training program providing for climate change and disaster, mutual exchange in the field of agriculture and fisheries should be aimed as sustainable relationship among the participants. 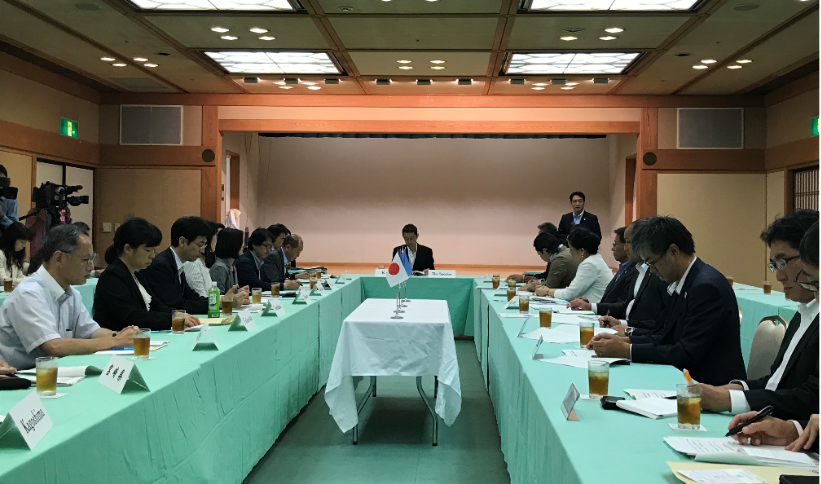