On June 29th and 30th, for two days of weekend, “The 6th Pacific Cultural Arts Festival”; event of hula and Tahitian dance sponsored by Pacific Cultural Arts Association took place at Osanbashi Hall in Yokohama City. The festival was well attended with cheerful atmosphere despite the rain. At the opening ceremony on the first day, His Excellency Mr. Francis M. Matsutaro, Ambassador Extraordinary and Plenipotentiary of Republic of Palau to Japan, and Mr. Ryuzo Saito, Director of Pacific Islands Centre, delivered an opening remark.
In the festival venue, “Pacific Marche 2019” was set up and attended by the companies that sell Pacific Islands’ products in Japan. They sold goods related to Pacific Islands such as dried fruits, accessories, dress, coffee and aromatic oil.
In this 6th festival the contests for 65 years old or over (29th) and for students (30th) were held in particular. PIC, one of the supporters, presented excellent performers with a crystal trophy as PIC Award. 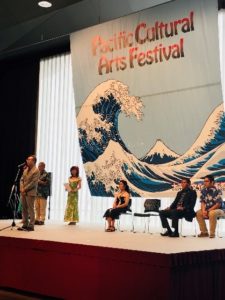 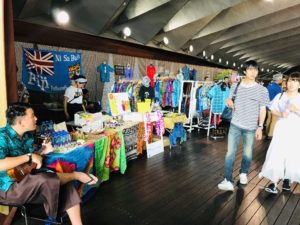 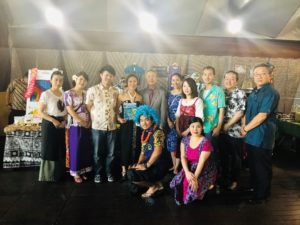