On February 10, the Japan- Pacific Islands Tourism Senior Officials’ Meeting was held at the Bankoku Shinryokan Okinawa Resort MICE Facility in Nago, Okinawa. The purpose of this meeting was to follow up the results of the Pacific Island Countries Tourism Ministerial Meeting which was held in Tokyo in October 2015. This Ministerial Meeting was held based on the declarations of the 7th “Pacific Islands Leaders Meeting “ (known as "Iwaki Declaration").
Approximately 70 people participated, including senior officials from 13 Pacific Island Countries with exception of the Solomon Islands, the South Pacific Tourism Organization, and the relevant Japanese officials.

At the meeting, speeches were made by representatives of the following organizers : the Japan Tourism Agency , the United Nations World Tourism Organization Regional Support Office for Asia and the Pacific, the Okinawa Prefectural Government as well as from cooperation partners the Ministry of Foreign Affairs (Oceania Division), JICA and PIC.
Mr. Saito, Director of PIC, gave a presentation on PIC's overall activities, tourism initiatives, and new tourism business opportunities, entitled "PIC's Activities in Tourism between Japan and the Pacific Island Countries".

Each representative from the Pacific Island Countries expressed various opinions about his/her country’s tourism administrative policy emphasizing sustainability and environmental protection, and containing their impressions from tours to the Ryukyu village and Coral Farm the previous day, referring the advanced tourism policies of the Japan Tourism Agency and Okinawa Prefecture.

After the meeting, all attendees from both Japan and the Pacific Islands Countries gathered and deepened their friendships in the reception that had been held the previous evening. 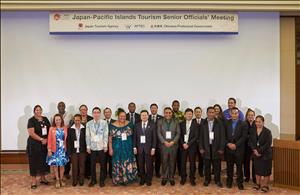 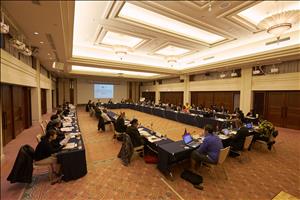 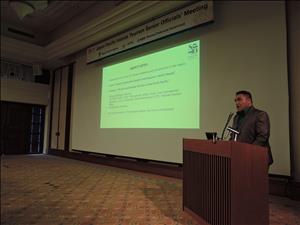 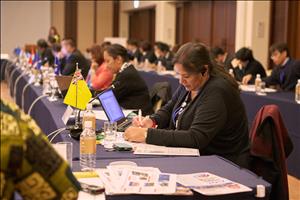 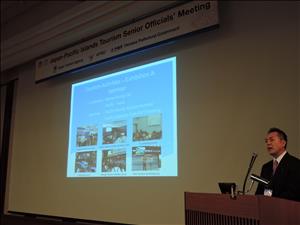 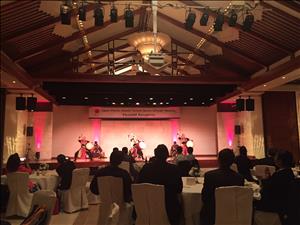 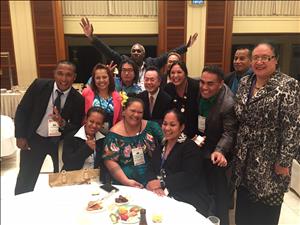