The 4th Pacific Cultural Arts Festival, which was opened at the Osanbashi Hall in Yokohama on February 25 and 26, was fortunate to have good weather and many visitors including hula and Tahitian dance enthusiasts. The Pacific Islands Center (PIC) sponsored the Festival and held "Pacific Marche" to sell the products from Pacific island countries to promote business and culture exchange.
Pacific Marche, which was held for the first time, included such companies as the Japan Pacific Islands Association, Pacific International, MG-Corporation, Rebula , and Sustainable Crew.  At the Marche the following products were sold: crafts from the Pacific islands, noni juice from Samoa and Tonga, PNG coffee, skincare products including Fiji and Vanuatu tamanu oil, and cosmetics using Solomon Islands honey.  Most visitors experienced product tasting for the first time, and they successfully exchanged information about new products with the staff, with sales of nearly 200,000 yen over 2 days. PIC will continue to hold Pacific Marche at events that focus on the Pacific Islands and plans to expand the number of participating companies and products.
Finally, on the second day of the Pacific Cultural Arts Festival, the 1st Hula & Tahitian Dance Competition was held for primary school through university students, with PIC presenting the Crystal Trophy as the "PIC Award" for the best performing team. 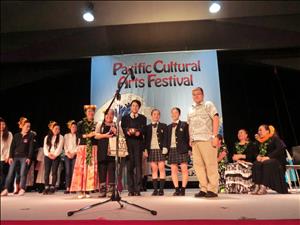 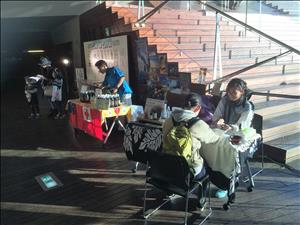 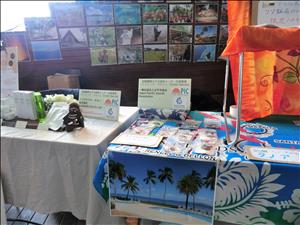 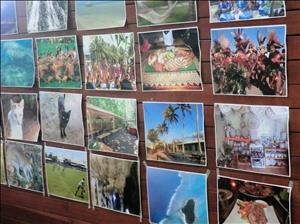 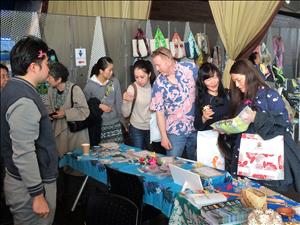 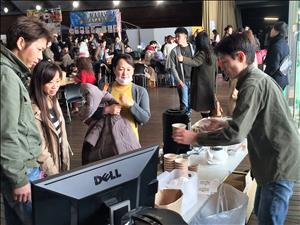