On March 27, a young leaders group from the Micronesia region，who were  hosted by The Association for Promotion of International Cooperation (APIC) to visit Japan, called on PIC to discuss business exchange between Japan and Micronesian countries.

Director Saito of PIC explained to them about the development of relationships in business between Japan and the Micronesia region following the trend of the increased tourism from Japan to Palau and the fact that the “Rearcar” factory was established in Marshall Islands last March, taking note of the historical background.
Then, Mr. Kurosaki, Deputy Director of PIC, explained the characteristics and issues of business in the Pacific islands.
The leaders appreciated PIC's efforts and promised to encourage related departments  to cooperate with PIC actively upon returning home. 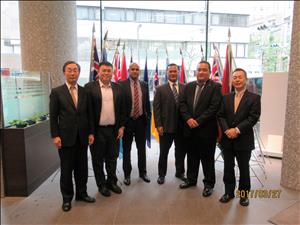 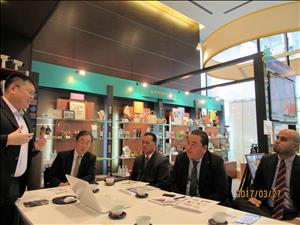