On April 17, PIC held a follow-up gathering to last July’s “Samoa Business Mission” at the Hotel Asia Center of Japan with Mr. Aoki, Japanese Ambassador to Samoa, just prior to his assignment. People from six companies participated in the gathering, most of whom had taken part in the Samoa Business Mission.

To start, Mr. Nakano, an officer of the Oceania Division, Ministry of the Foreign Affairs, and PIC Director Saito gave brief overviews about the Japan-Samoa Trade and Investment Seminar and PIC’s business mission respectively. Then participants of the mission expressed impressions of events and reported subsequent business developments. Ambassador Aoki said warmly, "I’m very much encouraged to hear about everyone’s endeavors and decided to make a great effort to promote business exchanges between Japan and Samoa. It would be very beneficial for me to hear from you time to time.”

On the same day, Japan Pacific Islands Association and PIC jointly held a “send-off party” for Ambassador Aoki. Nearly 60 participants from private companies and groups that are deepening exchanges with Samoa gathered at the party to celebrate the inauguration of the first Japanese resident ambassador to Samoa. 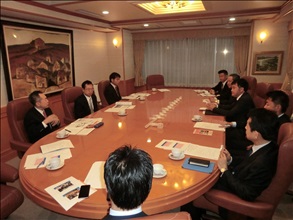 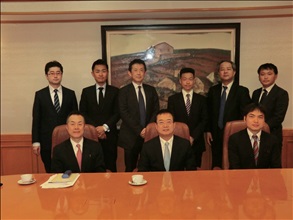 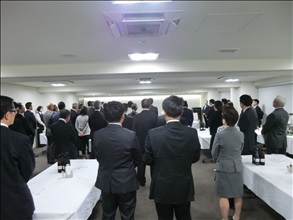 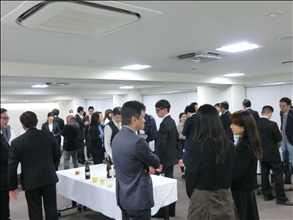