PIC DIRECTOR GAVE A LECTURE AT THE SASAGAWA PEACE FOUNDATION

The Sasagawa Peace Foundation hold POST PALM8 Round Table Meeting- Dialogue for enhancing sustainable economic relationship between Pacific Island Countries and Japan on December 11th, 2018. It was held at the head office of the foundation and attended by the staff from the foundation, Embassies of Pacific Island Countries in Tokyo, SPTO(South Pacific Tourism Organization), and other organizations and groups that are involved in each field of those countries. Director Mr. Saito and Deputy Director Ms. Takahashi from PIC attended as well.

As one of the keynote speakers, Mr. Saito, Director of PIC, delivered a report about the Economic Mission to Palau which was dispatched in the preceding week. The round table held vital debate about promotion of trade, investment and tourism between Pacific Island Countries and Japan based upon the recommendation toward the success of PALM8 made by The Sasagawa Peace Foundation, PALM8 Leaders’ Declarations as well as the economic & social trend of the latter half of this year. Director Mr. Saito made a statement that PIC would offer more commitment for business expansion among private sectors responding to each countries situation, in cooperation with related parties on the basis of the achievement by past 3 times business missions and the latest Palau one. 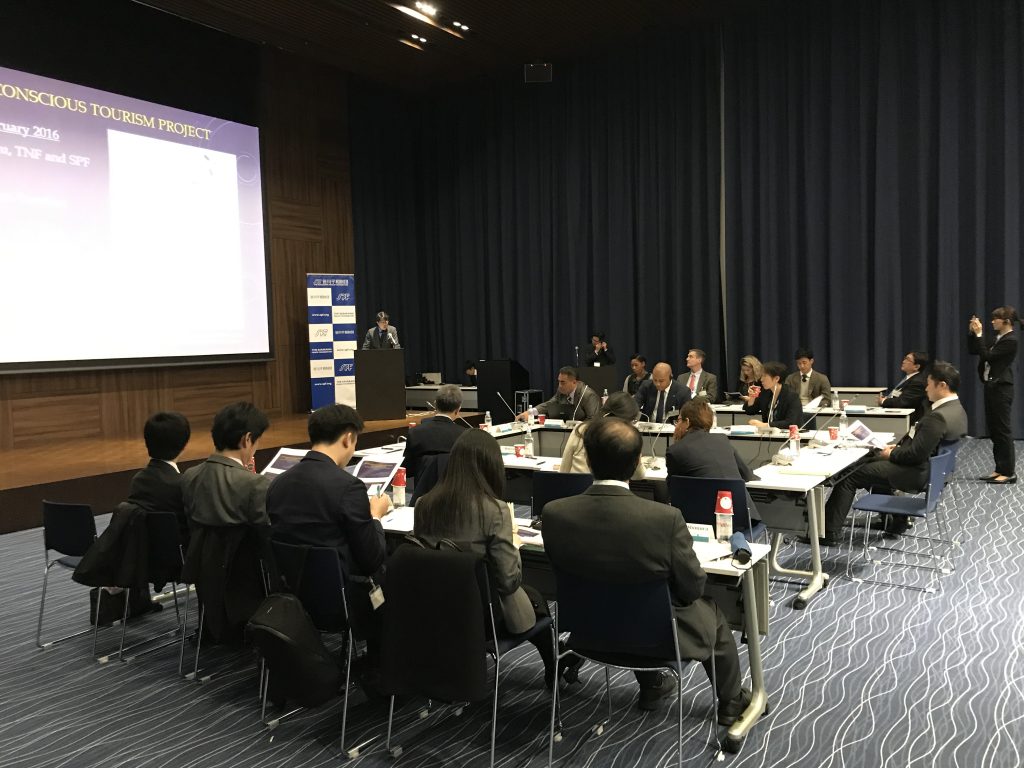