The 21st PIC Meeting and the 20th Anniversary Reception were held

On December 6, the 21st Pacific Islander's Club Meeting was held at Meiji University Academy Common 2nd Floor Conference Hall. More than 150 people participated in the meeting although the venue was different from Shikon-Kan where PIC meetings are usually held.
At the beginning, tourism promotion of the Federated States of Micronesia was conducted by Mary Helen Tamae Mori (nicknamed Omamori) and Oouwe Lisa Mariana (nicknamed Lisa), who are internships at PIC. They are studying at Sophia University as Xavier scholarship students to Japan sponsored by the Association for Promotion of International Cooperation (APIC). There, they talked about the charm of both Chuuk and Pohnpeii States.
Later, we invited Mr. Akio Miyajima, Director General of the International Peace Cooperation Headquarters of the Cabinet Office and Mr. Izumi Kobayashi, the President of JAPIA, as a moderator, to discuss about the diplomacy between the Pacific Islands and Japan. Mr. Miyajima has served as an Oceania Division Director of the Ministry of the Foreign Affairs for 2 years from 1999, during which the 2nd Pacific Islands Leaders Meeting was held, and as such, he is widely known as a key person who further activated Japan's Pacific Islands diplomacy. In particular, he is famous as the creator of the word "PALM". This time, he talked about the changes in the international order over Japan and the Pacific Island Countries in the past 20 years and future prospects for diplomacy of the island countries, together with memories of the time. 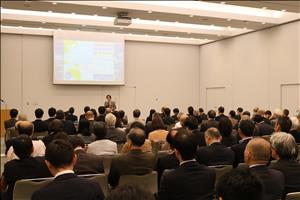 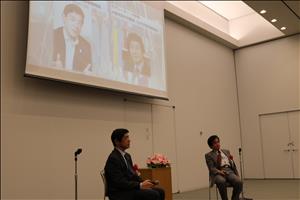 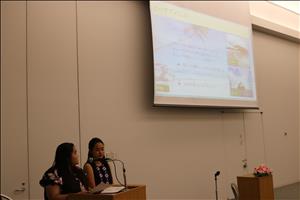