Trainees from the Marshall Islands completed

On December 9, two trainees who had come to Japan from the Marshall Islands completed a training course to learn how to make a "rearcars", or two wheel pull carts.

Trainee Mithen Nathan and Tim Ebot learned such skills to make rearcars by themselves in the Islands, as bending, welding, and assembly of iron pipes in as short as a week of training and returned home.

This was made possible by enthusiastic guidance of President Yamada of Muramatsu Sharyou, that is a rearcar manufacture, under the coordination by Mr. Adachi of Tomakomai Hokuso Koun Kaisha, Ltd.

Rearcar was used in the Marshall Islands’ urban areas before World War II. By introducing it to remote islands now, the islanders will be able to carry the coconuts four to five times at a time as many as before. Coconuts brought to the harbor of each island will be bought and brought to the capital Majuro and then processed into oils and soaps by the state-owned coconut processing company Tobolar. The Introduction of rearcars is expected to result in more cash for the islanders since they can carry and sell more coconuts. 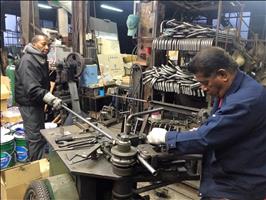 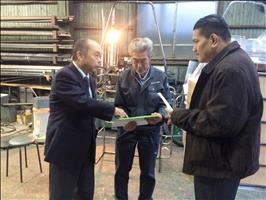 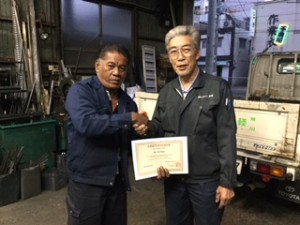 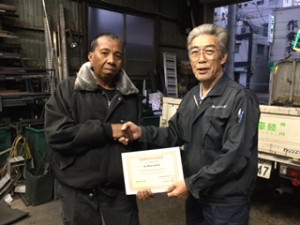