27th of September in 2018 is a big day for the fishery industry for both the Marshall Islands and Japan, by setting out on a new endeavor.
The new fish species of White mottled grouper and Speckled blue grouper freshly from Marshall Island marine water were imported to Japan for the first time in the history. They debuted in Tsukiji Fish Market which is in the midst of countdown of relocation to new Toyosu Fish Market.

Mr. Takuya Hikita, Tsukiji Fish Market Inc., achieved the import of White mottled grouper and Speckled blue grouper to Japan. In 2014, Mr. Hikita exchanged business card with a PIC staff in a networking event among Embassies in Tokyo; this opportunity made him think of importing fish from the Marshall Islands.
Mr. Hikita had been really eager to find new fish species for the Japanese market and then interested in Pacific islands with their vast ocean area. He was convinced of the existence of new fish species that are suited to Japanese consumers other than Tuna or Bonito, as he has been seeing many kinds of fish as a bidder at Tsukiji Fish Market.

Since then, Mr. Hikita continued interaction with PIC. In 2017, PIC approached Mr. Hikita as to his interest in going to the Marshal Islands, as a member of Public-Private Partnership Economic Mission. Although he could not join the Mission, he finally had a strong determination to import fish from the Marshall Islands after obtaining information of the country sent by the PIC staff. The information included such as photos of processing facilities in fish market, various fish for shipment, and information of details about MOI farm (Moi is Pacific Threadfin and famous exclusive fish in Hawaii) as well as introduction of Japanese business people and volunteer staff who mainly engage in fish industry in the Marshall Islands.

Based on the experience of the first shipment to Japan, Mr. Hikita and his team map out to import new fish species from Pacific Island Countries in the future, while making effort in improving in freshness management and transportation for the next shipment. PIC renews its resolve to support them wishing the success for the future endeavors. 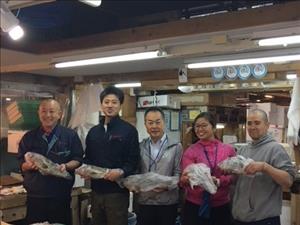 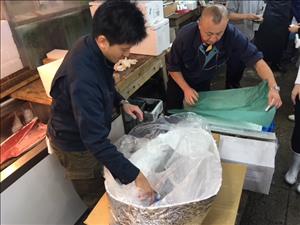 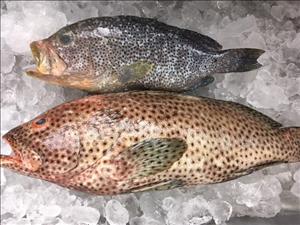