The 28th Pacific Islanders Club Meeting was successfully held on November 8,2022. In order to prevent infectious diseases, we decided to hold the meeting as a hybrid event with a choice of on-site or online participation. A total of 118 participants attended the meeting both at the venue and online.

Following the honored guest remarks by Mr. Keiichi Iwamoto, Deputy Director General, Asia and Pacific Affairs Bureau, Ministry of Foreign Affairs (Ambassador in charge of Pacific Island countries), Mr. Izumi Kobayashi, Professor at Osaka Gakuin University and President of the Pacific Association of Japan, gave a few words on the opening of the meeting, which was followed by a keynote speech titled “Geopolitical Importance of the Pacific Region” by Mr. Shinichi Kitaoka, JICA Special Advisor.

In his speech, Mr. Kitaoka talked about episodes of exchanges with dignitaries from the island countries when he was posted to New York as the UN Deputy Ambassador, the importance of ODA in Japanese diplomacy and the high presence of Japan in the region, the history of Japan’s growth to a developed country after the war serving as a role model for the developing countries today. He also talked about Japan’s stance (both public and private sectors) toward the island countries, saying that Japan has built the foundation for the island countries to become friendly to Japan by not only playing a leading role but also standing by and walking together with the countries, using his own experiences and examples of other countries.

After the lecture, an unscheduled Q&A session was held, during which participants actively asked questions, and a lively exchange of opinions took place in the hall.

The next event is yet to be scheduled, but we will continue to incorporate everyone’s opinions so that we can provide an even more fruitful event.
If you were unable to attend the meeting, you can view video of the meeting here. This on-demand video will be available for about a month.
(Viewing available until December 16 (Fri.), no passcode required, no download allowed) 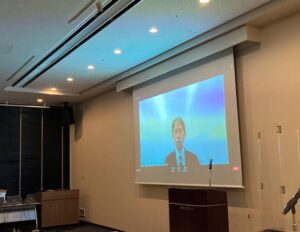 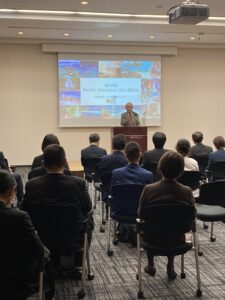 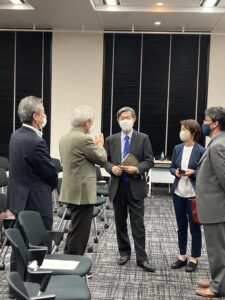 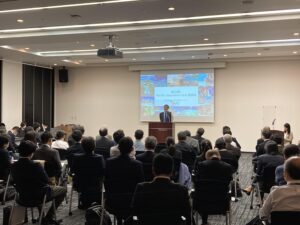 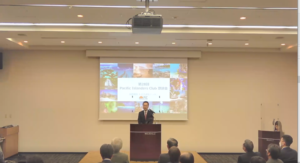