On January 25, the 27th Pacific Islanders Club meeting was held successfully. Due to the ongoing Covid-19 situation, this meeting was held as a hybrid event from the infection control perspective and the participants could choose to attend it physically or virtually. More than 100 people participated in either online or in-person sessions.

The event began with opening remarks by PIC Director Mr. Saito, followed by guest addresses by Mr. Teppei Kanda, Director, Oceania Division, Ministry of Foreign Affairs, and His Excellency Dr. Tevita Suka MANGISI, Embassy of Kingdom of Tonga. Mr. Kanda spoke about the Japanese government’s support for Tonga affected by the earthquake and tsunami, the “Pacific Bond (Kizuna) Policy” announced at last year’s Pacific Islands Leaders Meeting, and expressed his condolences for the passing of H.E. Ambassador Thomas D. Kijiner of the Marshall Islands, who had led the diplomacy of the Pacific island nations. Ambassador Suka Mangisi expressed his gratitude for Japan’s support in the aftermath of the eruption of Tonga’s underwater volcano.

Then, as the first part of the round-table discussion, Dr. Izumi Kobayashi, Professor of Osaka Gakuin University/President of JAPIA(Japan Pacific Islands Association), gave a lecture titled ” Pacific Politics Driven by the Covid-19 Pandemic”.

The second part was a panel discussion titled “The Situation of Pacific Island Nations 2020, 2021 and 2022,” which was moderated by Dr. Takehiro Kurosaki, Lecturer, Tokai University, and featured by Mr. Hideyuki Shiozawa, Senior Program Officer, Pacific Island Nations Program, Sasakawa Peace Foundation and Mr. Shinya Tamio, Director, Pacific and Southeast Asia Division 6, Southeast Asia and Pacific Department, Japan International Cooperation Agency. They discussed about the Pacific island countries challenges in general by looking back on the past two years. While it is difficult to grasp the movements of Pacific island countries in general from a bird’s eye view, we were able to listen to very valuable and insightful discussions, and many participants commented that they learned a lot from them.

Although the next meeting schedule is yet to be determined, we would like to listen to your opinions in order to provide an even more useful opportunities. If you were not able to join the event, you can watch the videos here(Japanese only), so please access the link if you are interested in. This on-demand video will be available for about two months (until March 31). 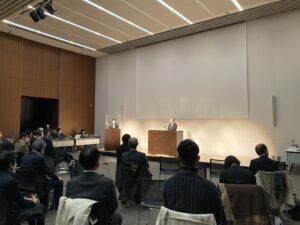 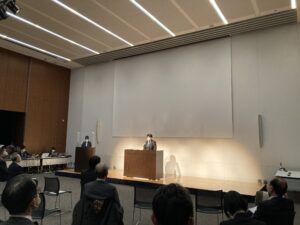 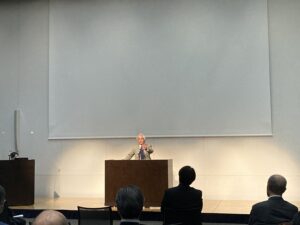 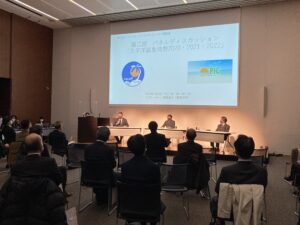 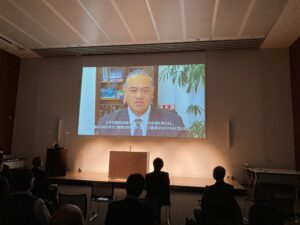